Today I’m under fire for NOT buying into Fake Stream Media on and in social media outlets that are algorithmically shunted by buzz words in order to heighten the new world orders surveillance AI machines to destroy FREEDOM of thought leading to speech & writing.

This writer confessed everything as his god righteousness consciousness broke from being handled by the Globalists Senior Executive Service shadow tentacles in press and reporting to be nothing more than a bot delivered lies and more cohesive Deepstate agenda 21 drivel.

I am an individual sovereign divine human being who supports no political axis of mass programming Pom games that push my affiliation with the left, the right or the middle. I am constantly under barrage from my leftist socialist minded friends who are flipping out with the mere mention of my choosing to go deep down the rabbit hole to really feel and vibe for my own unique truthing in a mass mainstream mosh pit of vipers, serpents, demons, entities and ghouls that were very happy when I smoked dope, tobacco, drank booze, seeked approval and people pleased my arse off to correct the shit load of fear of missing out porn, less than, not good enough child hood that my peers ingrained in my core Who Am I identity… of course I can look back and see how I would break hearts, repeat my behaviour patterns, self medicate with joints, and live vicariously through the low vibes of other worldly Luciferian systems that have taken us all under a mass psy-op game of hunger thrones…

I know Fakebook was a Silicon Valley SERCO Internet Of all MKUltra things. I know that our SMART phones, computers, TVs, DABS, Alexi, Siri, Meters, remote viewing technologies that are spying on our every move, what we consume, eat, do, feel, think and worse.

I am anti the fourth reicht EU Globalists non elected elite banking cartel fixed by design by Rothschild European Central Banks with The Vatican Jesuits bankers that began in the Pyrenees around 1518 after the massive cull of Cathars, Moors, and herbalists, seers, visionary’s and elders that did not support the Anti-human agenda of the materialistic Catholic Church. Today the church is under fire for mass pedophilia criminal human trafficking and the MSM has been told NOT to report any of this. Cardinal Pell in Australia has been found guilty for sex with underage boys. He was the finance executive to The Pope in Rome, running the huge non taxed illicit trafficking of children world wide.

The whole MSM is a corporate diehard criminal narrative that lies pretty much the whole time to keep the masses in constant fear monger and panic so as to handle all our thinking and be-lie-vying .

We the people are under mass surveillance, mass attack in our eating mass GMO’s, mass chemicals in the whole seed to plate debate. We are being killed in the health systems with in-humane drugs & vectoring vaccines that target the most important parts of our beautiful bodies in the epigenetic endocrine systems that govern our hormones.

The powers that be are crooked and affiliated with the devils work for the entire human population in the battlefields of good v evil and the mainstream media is the most effective platforms to control who you are and Who Am I.

I no longer care that some sections of my once so wanting likes on the Fakebook are in uproar because I affiliate to Donald Trump and love his nuances on his outspokenness in highlighting the filthy nefarious thieves and crooks known as the Demoncrats who have lost the plot with their agenda 21/30 carbon taxing all of us for sitting in a car going to work and taking our human rights away for breathing, using logs on a fire, driving your own second hand car, saying no to vaccinations, yes to self preventing forward thinking eating organic local and seasonal foodstuffs that are not processed cancer causing death foods.

I used to be an advocate of sustainable 21 as an environmental consultant working in Corporate Social Responsibly (CSR) & would carbon footprint companies all the while just wishing that CEO’S would willingly eat organic, choose fair trade and switch to recycling, reusable and refusing products and services as a matter of common sense for future generations. It was however just all PR and marketing.

I learnt a lot though and thought Al Gores A convenient Truth was brilliant… but now ten years on I see that the Paris Accord was a complete lie alongside the TTIP/CETA/TPI trade agreements between back door policy Corp lawyers and Lobbied governments to tax your every move & to take cash out of society to be replaced by a digitally remote SERCO operated monitoring device that is called Dragonfly and has been designed by Eric Schmidt of Facebook fame & currently living in China 🇨🇳 as President Xi, has just outlawed anyone believing in God!

Trump tore all of these thieving lying agencies up on his first day in office as an elected president.

I went in and started my homework into how I could suddenly support someone like him & why.

More to come on CSR & All the proxy lobbied corporate United Nations, NATO, Council on Foreign Relations, UNICEF, BIS, Bilderberg, IMF, WHO, WTO, the Roma 300, the Privy council and all the hidden Skull Duggery crooked lying backstabbing anti-indigenous human groups that all seek to own you, me, Jim & John as we are All Free Incredible energy that are here from the divinity of Gods Life and love that is all to do with FREE WILL not Enslavement, Entrainment, Entrapment, EGOISM, Handling, Grooming, and living ones life by intellectual hogwash because when you start to figure out the bullshit that we are LITERALLY FED by covert systems that write the history books, make the programs on mainstream outlets, repeat subliminal messaging day in day out from the minute we sign on the dotted line in our births from our unsuspecting parents since Roosevelt commandeered it in 1933, the year the National Banks were taken over by the mafiosa in the USA & are still this very day, run by The Tavistock Institute, a nefarious run British Shadow Privy council led operation that fuelled the CIA/FBI and Our very own Secret Service.

We The People are All under fire by the Deepstate SES, Tavistock hidden agenda programmers that run Fakebook, Google, YouTube, Netflix, Amazon, the MSM, our universities, schools, our shopping habits, our thinking patterns, our pretty much every single thing we think an idea is ours, isn’t.

George Orwell wrote 1984 in 1948/49 because as a MSM journalist he pointed out in The Road To Wigan Pier, the atrocities of the dumbing and numbing down by the overtaking of our choices in living freely to becoming industry slavers whose puppet shadow hands took over in the formulation of the strategic State and fed the common good man diabolical processed foodstuffs, refined sugars & the loss of fire in the hearth of our human hearted homes with the state led housing projects, mass vaccinations & more hidden agenda Second World Warring right after the worse First World War that set the tone of grief, trauma, bloodletting as the Bankers back stabbed as they sponsored the continuation & more of the same anti-human, communists social engineering horror shows.

I woke up. I prayer the millennials wake up & Gen Z’s do. For I shall never give up raising awareness around the most robotic, socially divisive corporate greed and the way we are used, harvested & corralled against the common natural lores of human kindness and gracious uprising that is indigenous and is WHOLESOME.

We The People would do well to chuck SMART metered chips technologies in the proverbial bin, & start to remember Who We Are and what Freedom means and when you read the American Constitution, it all starts to make sense. 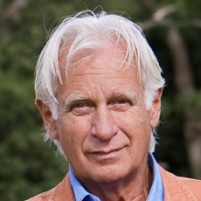 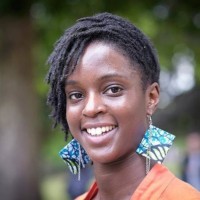 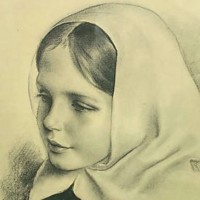 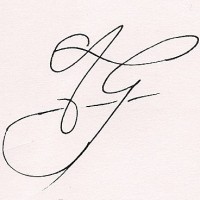 Knowledge Is A Weapon - Arm Yourself

Gardening for the People.

What's happening on our planet---and why

my journey with the barefoot horse

Beyond the Smoke & Mirrors

A Spark of Moonlight

I AM A CHILD

Created for a specific purpose by a being beyond comprehension.

Straight From The Horses Mouth

sharing what makes me tick and how the world goes round in a spiral...

The Art of Enchantment
thefreepathblog